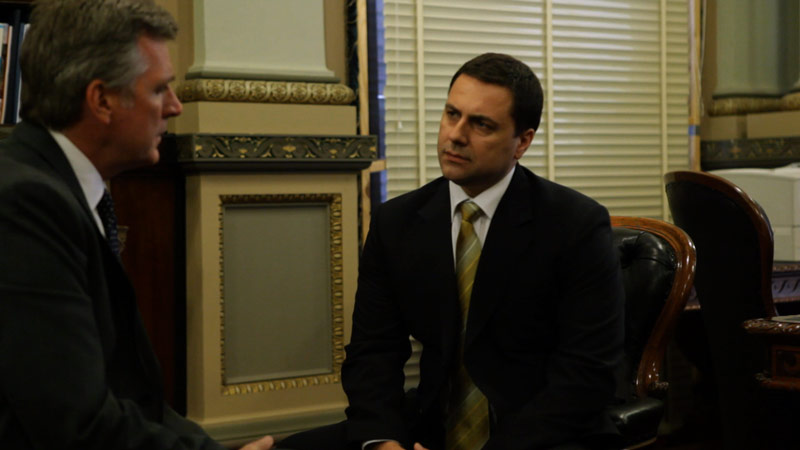 Screened on Channel 7 on Good Friday 2012, this modern documentary imagines how Pilate reacts as the events of the Easter weekend unfold. Executing Jesus should have been the end of it – but their are earthquakes, ongoing political interference, and most worryingly, a missing body!

“Jerusalem in is a state of uproar. Forced by political pressure to intervene, Governor Pontius Pilate hopes his actions will quell the unrest. Instead the number of crises mount, culminating in a scandal that could bring down the Government!

“An Innocent Man?” tells the Easter story but in a modern-day setting and takes the perspective of one of the “villains” of the story, Pontius Pilate (the Governor of Judea).
The events are recalled through interviews with key figures John Caiaphas (Leader of the Opposition), Tim Matthews (Commissioner of Jerusalem Police), and self-made multimillionaire Joseph Arimathea.

Allowing us access to the Government’s inner sanctum, Pilate speaks candidly about the pressure on him leading up to Jesus’ execution, as well as the unexpected, and disastrous, aftermath!”